Wow.  Friday already.  These short weeks are great aren’t they?  Australia had Tuesday off as well so I doubt many of them even bothered engaging the work side of their brains this week.  Just think of all the extra temp hours generated in New Zealand this week over our Aussie neighbours though.  Haha, yeah have some of that you extra-public-holiday-taking, booming-economy Aussies…!  Errr, feeling any better yet?

So I hope you all had a nice Easter break and have come back refreshed and recharged for the thick slab of prime beef that is the middle period of 2011, what is already gearing up to be a busy and profitable time for many in recruitment.  Talking of beef, this week I want to have a bit of a moan about the rubbish standard of cover letters coming through to me recently.  It was as if Easter time brought out all those candidates who type with their fists and have a grasp of English as tenuous as Rodney Hide’s ACT political party membership.  Perhaps they thought, “Aha, no-one else will be clogging up that recruiter’s inbox with unsuitable job applications over Easter, so here is my chance to shine, to be seen, to reach the top and maybe even be granted an interview”.

The only problem with that logic was that all the rest obviously thought the same so I returned on Tuesday morning to the digital equivalent of landfill.  My inbox was rammed full of so much rubbish that I considered shipping it off somewhere else for recycling, filling it with concrete, and moving to Gmail instead. 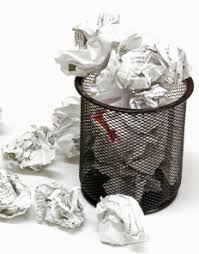 Now when I set up my own business I was, and still am, acutely aware of the many criticisms levelled at recruiters in terms of communication, follow-up, honesty and feedback.  So I made a commitment to myself that I would communicate in some way or other with every candidate that applied to one of my jobs.  This might include a standard rejection e-mail, but it would at least be acknowledgement of the application, some communication, a polite refusal.  The only exception to this was candidates based overseas who didn’t have the right to live and work in New Zealand, as they were clearly not reading the advert and were wasting everyone’s time.

However, I am now very close to adding to that exception those candidates who send cover letters to me that are:

You might think I’m joking on the last point but this is what I got recently that broke the camel’s back:

“hw do i knw dat my job is confirmed. my qualification iz of high school. i passed out class 12. and i am vry gd in englsh”

Unless this guy’s computer had an allergy to vowels then I very much doubt he really is that “gd in englsh”.  And I’m assuming he means “good at English” but if he really was good at English shouldn’t it be abundantly clear what he is actually saying, in English?

So accuse me of being a typical recruiter failing to provide feedback or communicate with my candidates if you like, but the dross I had to wade through on Tuesday morning means there are now going to be even less candidates getting a response from me if they are unsuitable for my job.  If you can’t be bothered to change the name and address on your cover letters, or the job you are applying for, and make some kind of effort to look like you are genuinely interested in applying for my role, then I’m sorry but I can’t be bothered responding to your application.

Now that little rant is over I can move onto more joyous proclamations.  As regular readers may have noticed, The Whiteboard is sporting a spiffing new look today, all thanks to the great work done by Shannon Smith at Powerboard Social Media.  Well would you believe it, while you were tucking into your chocolate over Easter, The Whiteboard turned One!  Yes, this is the 52nd weekly post on the blog, so I thought it befitting to spruce the thing up a bit so it can show off its new trainers and hairdo to its mates in the blogosphere.

Of course, One in blog years is the equivalent to Fifteen in human years, so there’s every chance it might go off the rails at any moment, tell me it hates me for getting it the wrong brand of trainers, and slope off telling me it’s going to drop out of recruitment and take up blogging on substance abuse instead.  So, if there are any glitches you come across, or if subscribers experience problems receiving this in their e-mail, please let me know, but really it is all down to adolescent issues beyond my control.

Oh, and it would be great if you could give the Comments section a drive too, and tell me what you think.