In our business the past six months or so has been typified by an ever increasing surge of interest from agency recruiters in  transitioning across to the parallel universe of internal corporate recruitment.  I say “parallel” because, whilst many believe internal recruitment to be a cosy utopia of no sales calls, KPI’s or stress, they often find instead the exact same levels of each.  The only difference is that this time the sales are to internal hiring managers who don’t have any faith in the in-house recruitment function and prefer to use their agency of choice who they also play tennis with.  The KPI’s switch from “number of marketing calls” to “time to hire” and “cost per hire” (and if you’re a particular type of corner-cutting recruiter it’s my guess that the former is easiest to manipulate).  As for stress, try handling 30+ jobs that need filling urgently with the hiring managers in the same building as you and none of the luxury of agencies of deciding which jobs to prioritise filling over others.

There is one thing internal recruitment definitely has going for it though: Stability.  Over recent years there has been unabated growth in internal recruitment functions, particularly amongst the large corporates and blue-chip companies making up the bigger end of town.  Growth not just in size, but also in sophistication and capability.  Investment in dedicated sourcing specialists, premium LinkedIn products, snazzy careers pages and social recruiting campaigns.  An agency recruiter going in-house could certainly find themselves under the same levels of pressure they thought they might leave behind, but compared to their floundering compatriots back in agency land, they at least had clearer career paths and stable teams to look upon.

Agencies have spent the same six months hand-wringing, fretting over the employment market, frowning over dwindling Perm fees and generally skittering around their tired client bases like headless chickens.  It’s been tough, unpleasant, frustrating times.  But something seemed to switch this month.  For the last three weeks or so nearly every recruiter I speak to is flat out busy.  It might well be that this will still take time to translate into a resurgence in billing performances and revenue growth, but as has been proven many times in the past, a busy recruitment sector is the perfect barometer for an upturn in fortunes in the employment market, far more accurate than the unemployment figures and hiring intentions produced by various surveys.

So, it was with some confusion, and a sprinkling of dismay, that I started hearing rumblings of change and restructure coming out of Telecom, one of New Zealand’s largest companies.  Yesterday, those rumblings came to bear with startling severity as the entire internal recruitment team of Telecom were told their jobs were going. 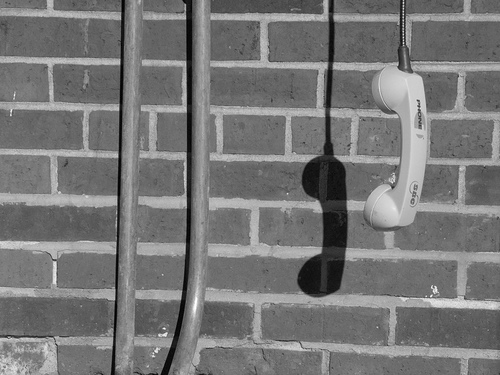 This seems like such a drastic, backward step, compared to the patterns I see elsewhere in recruitment, that it has left me genuinely baffled.  Either Telecom know something none of the rest of us do, or they have made this decision long ago, based upon outdated survey data, and are too far down the track to change course now.  How a business of 3,500+ employees can impose a sudden hiring freeze and remove their entire internal recruitment function seems somewhat misguided.  Hopefully the redundancy process will enable some to prove their importance to the organisation and at least some form of function will remain.

The alternative for Telecom, who despite a hiring freeze will certainly need to recruit BAU roles and replace attrition (unless they really were over-bloated with surplus employees – they must be the last company left that is if that’s the case), will be to leave recruitment responsibilities in the hands of a stretched HR department, or the hiring managers themselves.

Those recruitment agencies who recently tendered for the new Telecom recruitment PSA must be rubbing their hands with (reserved) glee by now… This could finally be a PSA that actually delivers decent levels of recruitment work to the agency world.  It’s certainly a poignant moment for internal recruitment in New Zealand though, who might start feeling a bit like us in the agency recruitment side have for a few years now.

Update:  Just noticed this release from NBR Online which further backs up the rumours.  Seems as though all will be revealed at 10am today.

Good luck Telecom, but I sincerely hope you’ve got this terribly wrong.

While there is a consultation process underway and therefore it’s inappropriate for me to go into details about all the changes proposed with Telecom HR, I would like to point out that the proposal re recruitment is to devolve that responsibility to HR teams within each business unit.  This has implications for the centralised recruitment function, but to say that Telecom is shedding its entire internal recruitment capability is incorrect.  Trust if you could make an appropriate clarification to your blog.

Thanks for the clarification, although it is the centralised recruitment team that I’m referring to.  I have no doubt that Telecom will retain capability to recruit internally, which is where I said it would go out to HR, or to hiring managers, or consequently onto agencies.

I can clarify and update the blog that it will business unit HR teams doing internal recruitment if you like?  Or please feel free to leave a comment on the blog, if you can without overstepping the consultation process.

Hi Jonathan, the point is simply that telecom will continue to have recruitment capabilities internally just in a different way.  would be good if you could clarify.