Is LinkedIn Losing Its Way?

Hey LinkedIn.  What are you up to?  You’re the professional social network that is supposed to be the future of recruitment… Are you finding it difficult to juggle being the altruistic nirvana for professional networking and a publicly listed corporation monetising and commercialising left, right and centre to to sate your voracious shareholders?

You see, us in recruitment, we kind of like you on the whole.  After all, we’ve probably worked out best of all how to craft, bend and steer your various wily ways into generating commercial outcomes for ourselves.  And we in recruitment like to make money, on the whole, which is one of the things that keeps us coming back for more.  This is, of course, also one of the things that makes us generally unpopular and mistrusted in the eyes of the wider public.

But we’re used to it.  We know that we peddle in the careers of individuals, whose ability to land a job is so tied up in financial imperatives and societal status that the emotional reaction to failure is to blame the middle man.  I’ve just returned to Auckland from a trip to Wellington (lovely and sunny both days, yes in winter – there you go JL), and have endured the usual commentary:  The client who bemoans the utter dearth of quality recruitment talent out there;  the jobseeker resigned to sending his CV into a “void” from which he is unlikely to ever hear a response;  the industry supplier sneering at the brash suits in the Koru Lounge barking into their phones as always being a recruiter (or sometimes a politician);  the internal recruiter surprised at how few agency suppliers are able to keep pace with their expectations as a corporate recruitment team….and so on.

Until recently, LinkedIn couldn’t really go wrong though.  Early skeptics and detractors like Greg Savage played second fiddle to your growing legion of admirers.  But I’m starting to hear more and more dissension out there… Where Greg complained about the inaccuracy of information on LinkedIn, that can’t be blamed on LinkedIn themselves, they have the ability to report as inappropriate to police lies on the site don’t they?  It’s up to us to do something about it.  But then I read this great post from Craig Watson yesterday about another user, who I presume must be a fellow rec-to-rec, paying connections to write him a Recommendation. 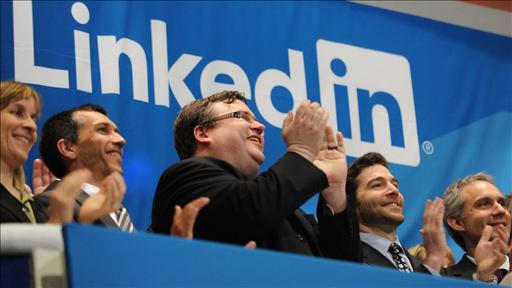 Earlier in the week I posted a status update that obviously struck a nerve with many recruiters too:

“LinkedIn occasionally sends me a list of “jobs I may be interested in” which this week contains things like Asset Management Consultant, Digital Campaign Producer and Category Insights Leader. None of which I’m remotely qualified for, or interested in. Is this advertising money well-spent by those clients of LinkedIn? Or is it just “spray and pray” in reverse?”

Maybe the corporates who paid money to LinkedIn don’t care that their ad is eyeballed by inappropriate “candidates” like me.  For many internal recruiters it has all become a process-driven numbers game anyway.  But how would they feel if they knew jobseekers could also pay LinkedIn to have their profile appear at the top of the list presented back to them?  This eye-opening post (thanks for sharing Craig), is a must read around this issue.

But guess what LinkedIn.  I don’t really mind.  I know what we are in recruitment.  Not all of us are bottom-feeding scumbags leaching off the vulnerable jobless, but I also know it’s a hopeless and thankless task trying to convince everyone otherwise.  And I’ll bet you treat the growing dissent the same way.  Sure, develop more ways to gouge cash from both ends of the recruitment transaction if you like.  Don’t expect everyone to feel  great about it, but your shareholders will, and that’s what matters to you now isn’t it?

Just please stop referring to yourself as a “professional social network”.  You’re not “social”.  People lie on your site.  They bribe, brag, beg and steal.  They endorse people they’ve never met.  They claim honours, awards, education and experience that never existed.  And then they pay you money to appear at the top of your clients’ shortlists for jobs that those clients also paid you to post.

And I’m fine with that.