It’s been quite a while since The Whiteboard took a look at the RCSA and the role it plays in our New Zealand recruitment industry.  Almost five years in fact. Somehow, we must have become distracted by other events and goings-on and overlooked the work being done by our “…leading industry and professional body for the recruitment and the human resources services sector in Australia and New Zealand.”

But then this morning I learned that things aren’t going quite so well with their PEARL mentoring programme. Well certainly not in New Zealand anyway. The programme is:

“…designed to provide members with an opportunity to learn from peers within the industry to develop leadership, communication and decision making, amongst other business skills.”

Sounds like a valiant idea, for sure.  However the take up by New Zealand recruiters has been rather underwhelming.  In fact, I have been told that the programme designed to run from April 2016 – April 2017 has just two junior recruiters being mentored.  For the whole of New Zealand.

This raises a number of points, for me.  Firstly, it ties in to the comments I made last week about the fear amongst NZ recruitment leaders in allowing their staff access to networking events, conferences and anything else that might bring their precious young recruiting bauble into contact with the wider big, bad world of evil recruiters.  Or, more likely, they would fear their recruiter might actually discover the grass really is greener elsewhere. 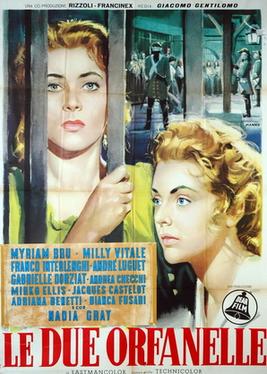 Secondly it raises once more the question of what really is the point of industry bodies like this. Not just the RCSA, but also HRINZ and a whole host of other “professional industry bodies” that charge their members annual fees to be part of something so directionless, disparate and toothless as to be almost verging on a scam.

I’m all for checks and balances within industries, standards for participants to adhere to and be accountable for, and opportunities for idea sharing, networking, and further learning and development for emerging leaders.  I just think that the modern proliferation of meet-ups, networking events, social media chats and universal access to information makes the role of professional industry bodies utterly redundant.

They’re trying to remain relevant for sure. They owe it their members who have probably just gazed at their membership renewal forms with increasing puzzlement. One such attempt for relevancy was the recent press release announcing the Finalists in “the inaugural New Zealand RCSA Awards for excellence”.  SEEK have held awards for our industry for many years now, and recently upped their game in how they are judged and delivered. But the RCSA claim that their awards “…are quickly becoming the industry’s most sought-after accolades.”

What is your verdict?

The excitement certainly doesn’t appear to have caught the imagination elsewhere. I haven’t been able to spot the press release make it onto any mainstream news wires as yet, despite the increasing torrent of click-bait guff that our media outlets are now willing to proliferate.

At least they have pulled off a coup by getting comedian Ben Hurley to present the Awards though. The RCSA can soothe their furrowed brows that the audience are laughing at him rather than them.