I’m excited.  For all of the tawdry, bloated, surrealism of the modern day English Premier League football competition there really is nothing like it for sheer sporting excitement and Monday talking points around the water cooler.  And it’s back, finally, once again this weekend.

To honour the occasion I’m going to look at some of the key and important burning issues surrounding the start of the 2016/17 season and look at what lessons we can take from them for our own world of recruitment. For those of you not even remotely interested, and I know that, being in New Zealand, that could represent a significant number of you:  Go do something else.  This is my blog and hey, as I said, I’m excited:

1.  Last November Gary Lineker, TV presenter on Match Of The Day and former England international, tweeted that if Leicester (his hometown club where he started his career) won the league he would present the first episode of MOTD in his underpants: 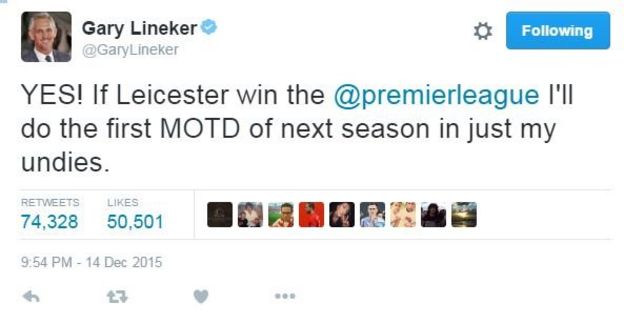 It was bold, brazen, humourous and, as it turns out, slightly terrifying since Leicester actually did the unthinkable and confounded their 5000 – 1 odds by going ahead and doing just that.  A lesson there for all recruitment managers setting implausibly high stretch goals for the year ahead, accompanied with promises of trips to various Pacific Island resorts for the victors.  Whilst many are hoping Mr Lineker will renege on his promise, that’s unlikely to be the case from your exhausted but victorious consultants who beat the goal set.  No matter how long ago the incentive was set, be prepared to follow through on it, failure to do so will unravel all the positives from the results achieved.

2.  West Ham have found themselves in the enviable position of being gifted a near new stadium that was the centrepiece for the London Olympics 4 years ago.  Considering the massive sums of money other clubs like Spurs, Liverpool and (a few years ago) Arsenal ploughed into building or expanding their stadiums it’s easy to see why other clubs are questioning the fairness of this arrangement. It puts me in mind though, of a large recruitment team who a few years ago moved onto a new floor of their existing CBD office block that came with a free fit-out recently put in by the departing tenant, a financial services firm with a penchant for dark panelling and private office areas.  What seemed like a great deal actually didn’t gel with  the company culture.  It was perhaps no surprise that a couple of years later they were doing some new fit-out themselves, which involved building a new partition wall across the sales area so that the increasing number of vacated desks didn’t make the place appear so stark.  West Ham’s fans, used to the fiery, noisy atmosphere tinged with danger and excitement at the Boleyn Ground will now find themselves in a pleasant, refined, modernised place with an athletics track space between them and their players – it’ll be interesting to see if West Ham are still rubbing their hands together at their luck come the end of the season.

3.  Manchester United have shown how important it is to identify the potential of people within your recruitment team, rather than putting all your attention and focus onto the current top billers. After selling the 19 year old Paul Pogba for a few buttons and spare change found down the back of Juventus’ sofa 4 years ago, he went on to realise his potential and develop into one of the world’s top midfielders and, in a move that perfectly typifies the madness the Premier League has become, broke the world record to sign him back for over 100 million Euros… Recruitment firms are notorious for putting all their faith, energy and focus onto the biggest billers.  Maybe it’s worth reconsidering the potential shown by that new recruitment trainee too.

Oh and, while we’re at it, check out this guy… His name is Milo Raiola and he is probably the best recruitment agent in the world.  He represents Pogba (I reckon on an exclsuive basis, which is another lesson for you there) and will be making more money on this one deal, believed to be close to £20m, than most of us will ever make in our entire recruitment careers.

4.   Nike have released a new ball for the season with the kind of fancy bullsh*t spin that puts me in mind of some of the shinier and overly-hyped HR and Recruitment tech products constantly emerging nowadays: 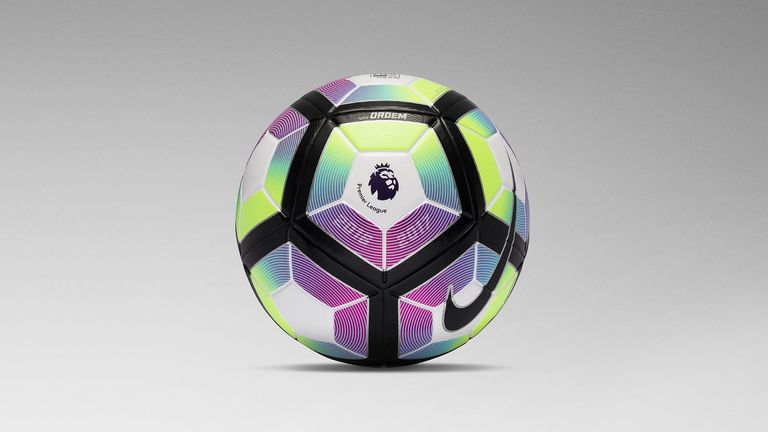 I suspect, however, that like shiny new HR tech products, their usefulness and application will really depend on how effectively they are used.  I imagine that for all of the PR nonsense from Nike, if the ball is struck cleanly and accurately it will hit the back of the net just as the old-fashioned balls of 2015/16 did too…

5.  A final lesson has to be from Arsenal, the team I support, with increasing levels of frustration year after year.  Arsenal have, for many seasons now, felt like a team on the very verge of forming a team capable of winning the league, with the most widely regarded missing piece of the jigsaw a recognised striker who can deliver 20+ goals per season at the top level.  But every year they remind me of those clients of ours (and we all have them, admit it), who repeatedly prevaricate and pontificate when top talent becomes available, missing out to their competitors who seem more willing to just make the move and make an offer.  Arsenal’s striker is most of my recruitment clients looking for a contracting specialist.  They are like hen’s teeth but when one becomes available, we are in a market nowadays where a bold and decisive move must be made, or the opportunity will be missed.  Like Arsenal’s every season… 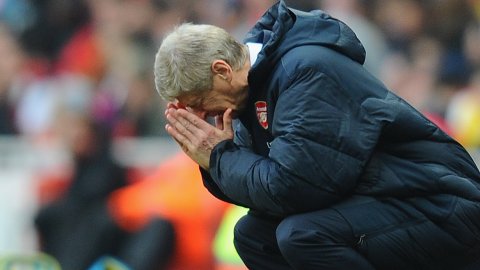 Have fun recruiting out there, enjoy your weekends, and come on you Gunners 🙂