May The Silly Season Commence

By Jonathan Rice December 1, 2016 No Comments

Good morning recruiters, a quick one from me today as I have things to do and people to see around the glittering environs of Auckland’s North Shore (much to Sean’s dismay, he seems to think he needs a passport to cross the bridge…)

A couple of people dug out a Whiteboard blog from 4 years ago which they seem to be enjoying so if you want a longer read, have a wade through Ten Tips to Survive Your Recruitment Christmas Party.

It’s interesting to re-read that and remind yourself how tough things were back in 2012. Certainly in New Zealand we were still struggling, and largely failing, to rouse ourselves from the post-GFC funk that had gripped the hearts of company HR Departments in hiring freezes and made the jobs of us recruiters far more precarious.

I suspect that recruitment company owners and managers will on the whole be far more bullish in their behaviours and outlooks this silly season. For some that might mean an extra round of cocktails or $10 more on the dinner vouchers, for others it might mean Pacific Island escapes or seaplanes to winery lunches (the very notion…!) 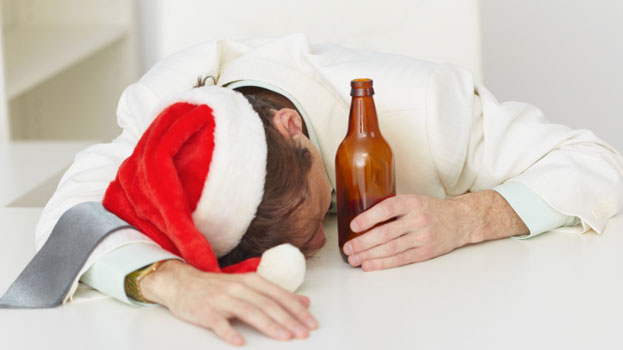 I’ve no doubt that, with more recruitment activity to be won than ever before, some of the “client hospitality” might be rather more generous than it might have been in 2012 too. I know some recruitment companies regard branded pens and pads as a cutting-edge show of appreciation, whereas others are masters of the long lunches, but it’s worth bearing in mind this bribery case that’s currently before the Auckland courts. Although even the most schmoozy of recruiters would struggle to beat a $5,500 lunch at Euro that cracks on until midnight.

For our part we will, of course, be hosting the regular Christmas PowWow next week. You can still RSVP here but given the numbers it looks like most of you already have. There will be Christmas ham. There will be drinks. There will be Mikey on the Mic once again, this time with Ed Sheeran’s drummer in tow apparently. There also won’t be much room so get ready to mingle, and thanks to Trade Me Jobs for their kind sponsorship.

See some of you next week. Enjoy your Christmas parties and may your season be silly.