Just How “Authentic” Are We?

“Does a struggling salesman start turning up on a bicycle? No, he turns up in a newer car – perception, yeah?”

Once upon a time, the above satirical quote from everyone’s favourite fictional fuck-wit boss would have been pretty solid business advice. Up until the GFC kicked us all firmly in the balls in 2007, it was the general consensus that all sales folk (and I’m including Recruiters here) had to claim to be “smashing it”. And up until the mid 2000s, the trend of bragging to your clients about how much cash you were taking off them, originally popularised in 1980’s Wall Street, was still clinging on like the smell of stale cigarettes to Recruiter’s shiny suit. Back then, it was thought that clients want to align themselves with winners, and the more braggadocio you could exude, the more clients you would win. Sadly, and what now seems perversely, this seemed to be the case.

There was also a very precise uniform which was the staple of the high-flying salesperson. When I started my career in sales, this “yellow jersey” of deal closing consisted of the following:

Then a few things happened…

Firstly, the GFC screwed us all royally. Overnight, top-performers went from worrying about where to park the Porsche, to worrying if eating nothing but beans on toast would give them scurvy (it won’t). When times are good, even those on an average income can, if they are so vacuously inclined, give off a perception of wealth and glamour. When the proverbial hits the fan, and you’re taking the bus and flogging your massive watch for bean money, we couldn’t help but be publicly humbled. 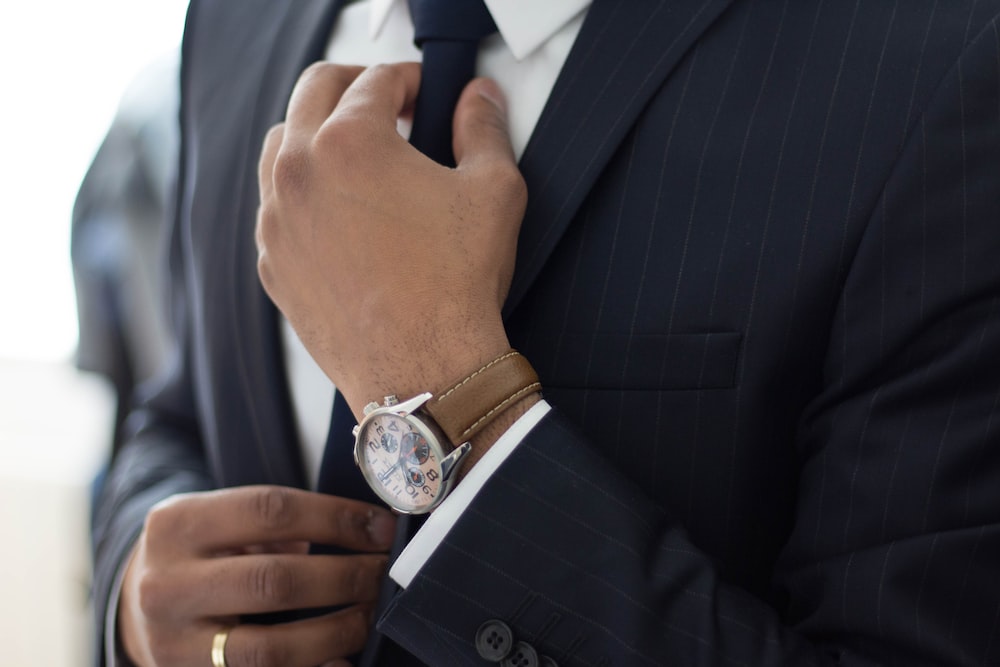 Next, we moved further into the information age. In the 90s, if you wanted to know about the performance of a business, they would firstly have to be listed on the stock exchange. Secondly, you’d have to be the type to actually read the financial news. To most wide-boy sales and recruitment types, this was simply beyond their level of interest and comprehension. And in terms of gossip about individuals, this was spread via moving your gums and vibrating your larynx whilst standing at a watercooler. This analog communication platform meant that rumours traveled slowly and died quickly. As we moved through the Naughties, we gained increasing access to information about both businesses and individuals. Newspapers went online (meaning we could read them whilst pretending to work), LinkedIn happened, FaceBook, Twitter, Glassdoor, WhatsApp, and countless other channels arrived like an aggressive digital postman, hellbent on shoving more and more information and trashy gossip into our already stretched yet gaping mailboxes.

Ten years post-GFC, we have entered the age of “Authenticity”. I will keep the “Authenticity” in quotation marks for now as the definition of the word has changed. More of this later on. Now, bragging about your business and personal success is an anathema to all the cool kids. Their LinkedIn Bio no longer says “Auckland’s most connected IT recruiter”. Now we read “Just a good recruiter. No more. No less”, and “Just helping connect great people”. Like an antidote to those braggarts of the past, this humility is designed to set us apart and above from those who came before. The expensive pen is replaced with the hipster typewriter, the watch is on the phone, and the vehicle is electric, two-wheeled and rented by the minute via an app. Businesses have had to also follow this trend of “authenticity”. Instead of paying off journalists, they now apologies to the world via 280 tweeted characters. Customer complaints go viral. Plastic factories care about straws going up turtles’ noses. If profits are down, or Countdown sell a loaf with a rat in it, we all know. A CEO isn’t a CEO until he or she gives the “Hey, we screwed up” speech.

And here’s where things get weird. The rise in “Authenticity” has coincided with a period of history where we have never been more inauthentic. Look at any Instagram account, including my own, and it would appear that we’re all having an absolute whale of a time. For some reason, in 2019, we’re all able to be on a constant holiday, eat and drink like Henry VIII, yet still maintain a beautiful beach body. We then caption these heavily filtered images with inspirational quotes about “just being me”, and “learning to love myself”, before getting lip fillers and sobbing ourselves to sleep.

“Authenticity” no longer has a connection with it’s root word. Instead, it’s used to describe our latest persona. This one is more humble and virtuous than it’s coke-sniffing, shouty 80s counterpart, but it’s a persona none-the-less. For a Recruiter or Salesperson to be truly “authentic” would be absolute career suicide. I would consider myself more authentic than most, but believe me, even as I write this, I’m self-censoring. Maybe it’s this dreadful Auckland weather, but my current cynicism suggests that we really haven’t learnt a thing about being authentic. Instead, like all good chameleons, we’ve seen the world of business change, and morphed along with it to suit our own agendas. Perhaps in ten years time, we’ll be back to pin-stripe suits, expensive lunches, and making up our billing figures again. I kinda hope so. I’ve still got the watch.