By Scott Burnett September 12, 2019 No Comments

One of the things I hate to see is when a consultant, who has spent the entirety of their career at one agency, proceeds to leave the industry. It’s a waste and more often than not the result of poor judgment. Now, obviously I have a horse in this race, however, the agency/role that you’re in simply may not be right for you, that is not to say that the industry isn’t right for you. The comparison I often draw is to Ian ‘Beefy’ Botham who actually started his sporting career off at Scunthorpe Utd as center half. If he had left the sporting arena before giving cricket a chance, I think it’s safe to say the Knighthood would’ve been overlooked. 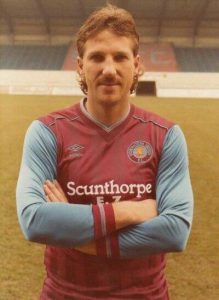 A candidate who I was working with recently had a crisis of confidence after receiving some sales test results. To add some context; she had recently left a role as the agency wasn’t right for her and these results were presented to her as she was exiting the business. She said that it brought to light some dormant anxiety around BD that she’d been trying to downplay. Probing around what the issue was she exclaimed she just wasn’t a ‘salesy’ person and would struggle with cold BD. For those with an archaic view on recruitment and a skewed view on rec to rec would assume I would’ve chucked her on the too-hard pile and got on the hunt for my next unhinged money-hungry walking placement. For shame! As I’ve said before the big part of our title isn’t recruitment, it’s consultant. I told the candidate that it’s a common misconception to think that the industry is full of extroverts swinging from chandeliers holding court to hoards of equally cosmetically conscious recruiters. The reality is that most desks in NZ are candidate short and job-rich and that’s just a matter of population. So why does business development hold so much weight? The presumption is that these Extros will be commercially savvy and not afraid of asking the hard questions or, that old adage; picking up the phone. However, as I told MS X. there are a lot more introverts out there in the industry than you would think.

I genuinely love meeting new people and I consider myself very lucky to have found myself in my niche wee vertical. Recruiters, on the whole, tend to have a bit of chat, are good for a yarn or two and usually know their way around a joke so it’s rarely a painful experience interacting with one. Now, that isn’t to say I’m striking up conversation’s willy-nilly with anyone who crosses my socio path. Quite the opposite, after my day as a social butterfly I recrystallize into my cacoon and swim in the embryotic fluid that is FIFA, trash TV, and endless YouTube compilations. You know what? That’s OK, we can’t all be watching TED talks, mid spinning class, mentally adding products to your internal vision board. While the extroverts are handing their cards out and perfecting the trump handshake of holding the elbow the introverts are inheriting the world! Geoffrey James penned an interesting article, from what I presume was a blacked-out room with a deadbolted door…

Customer-focused selling—where the salesperson becomes a trusted advisor—comes more naturally to introverts than to extraverts, because trust emerges primarily from listening and reacting (introvert behavior), rather than from talking and convincing (extravert behavior.) This is especially important in recruiting because recruiters are asking a candidate to make a personal, life-changing decision.

In a world that is becoming more and more black and white, we don’t see a lot of grey anymore; you support Trump? Racist! You want Brexit? Xenophobe! Don’t believe the woman’s national team should get the same as the men’s? Sexist! Assigning and defining social groups are great from a marketing perspective! It’s heaps easier to be sold to if you belong to this particular group of people however it’s inhibited the exploration of our personal values. Our very own Stuff offered some respite from the extreme ends of the scale with the term – Extroverted Introvert. They have a compiled a list of what an EI may identify with which is a mid-ground of both. What rings true is that “the world isn’t fixed. It’s a sliding scale” 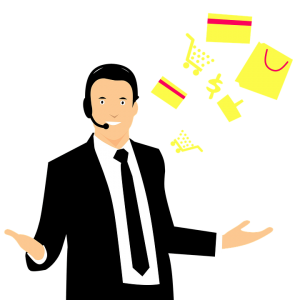 I think it’s fair to say that people are complicated and if people can be complicated recruiters can be bloody sudoku Rubix cubes. I don’t think telling someone they are one thing is good for growth and development. Sure, there is comfort in being told your type C5 in some Austrian social scientists’ evaluation of your psyche. You’re being told things about yourself in a somewhat flattering light, its why people read horoscopes. My point is that Ms. X doesn’t need to reside herself to her type or her fate. Someone who hasn’t been shown how to sell will naturally feel apprehensive about sales. This isn’t to say you can’t learn and dare I say slide along the scale towards the Extro side. Same can be said about the Extros who in this less transactional market will need to focus more on their relationship building and maintaining. in short; don’t exit out of an industry because you think you’re not the right type. It’s 2019, pretty sure it’s cool to identify with what you want.