Don’t Look Back in Anger

The whiteboard has kept true to its pledge of providing consistent quality content for the last 9 years, an uninterrupted run that draws comparisons to dynasties like M.A.S.H or The Simpsons. Like any longstanding TV show eventually the writers eventually need to slack off and as a result, we get a clip show. If you’re not in the ‘biz’ a clip show is an episode that’s not an episode, rather it is an ep made up of exerts from previous episodes, often framed by a cast member recalling past events from those chairs you only see on set. Well, instead of giving the hordes of white boarders a bleak look into the future instead. After all, this blog hasn’t been formed due to a lack of enthusiasm or any dormant apathy. Today marks my 3rd anniversary here at Rice Consulting! 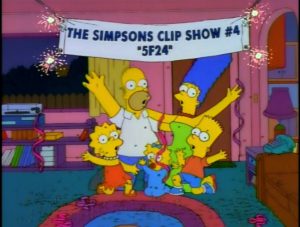 I often see ‘my first year in recruitment’ blogs and the more ominous ‘my first 6 months’ blogs which perhaps hint at the slipping tenure of consultants. They’re genuinely good reads, reminding us of simpler times but, as we know in recruitment; you 👏 never👏 stop 👏 learning👏 So, after 6 years total in this crazy industry I thought I would give ‘My 6th Year in Recruitment” blog and what lessons I’ve been made to learn, some for the first time and some I’m still getting my head around.

Not to discredit those debutant consultants but no one ever talks about the first straw on a camels back!? Sure, it’s the first time you’re exposed to the shitty side of human nature; deception, misinformation, fickleness. After years of emotional waterboarding, you think you’d develop gill-like responses? WRONG, it still smarts. The shock of it however definitely subsides, you’ve been through this before and you’ve survived. Be it on the client or candidate side, the cog that is out of your control is always susceptible to jamming. The best thing you can do is not blame yourself too much and internally utter the eternal adage ‘this too shall pass’ 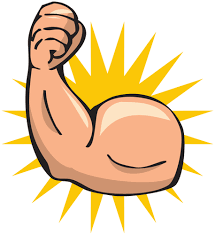 It doesn’t just click one day; you don’t wake up a fully formed recruiter closing deals like Jamie Oliver does franchises. At least for me, it didn’t. My vocational evolution has consisted of sharpening different elements of my approach. One such element is prep. My preparation in my formative years was too generic, not enough usable constructive advice. Perhaps as a recruiter who interviews recruiters, I’ve got a bit of a unique inside track to the interview process but really, it’s the knowledge of the client, candidate, and role that has improved greatly.

Seamlessly segueing on from my last point my client and candidate relationships have experienced a real shot in the arm. Again, as a rec to rec, I am in a very privileged position. On the client-side, I get to choose who I work with and as they are recruiters, they have the same character traits and personality types as myself making going for a beer an enjoyable experience. It also helps when there’s some hesitation in seeing candidates, “humor me” can be used with devastating effect if there is a foundation of trust there. Same with candidates, the crazy ones, the meek ones, the junior, the senior if I can get a beer with them it greatly improves the chances of sending an invoice. Some may think that’s a cynical way of looking at things but my point is that the more time I spend in front of a candidate the better an understanding of them I get and the less likely they are going to ruthlessly burn me off.

This is very specific to me but it’s my blog so, deal with it. I was blissfully unaware of the global reputation of Rec to Rec before joining Rice Consulting. Thankfully for me, Jon Rice did a sterling job on this desk before I usurped it; working with integrity and forging bridges I still walk across today. That, as I found out, is not how every other rec to rec operates; shortcuts on shortcuts. I notice it when an English recruiter comes from Sydney or heaven forbid London. They think that I am some sort of volcano insurance seller and that ghosting me is a legitimate conclusion to a process not knowing that I will see them at Dr. Rudi’s when the suns out. The only way to combat this reputation is by proving the naysayers wrong, by not thinking of the immediate win and appreciating that things will come back around. Take a look at the following approach I got from a prospective client operating in Brizzy only yesterday, I can’t blame him/her when I know that my ‘competition’ would’ve happily flicked over some terms on the back of a ciggie packet. 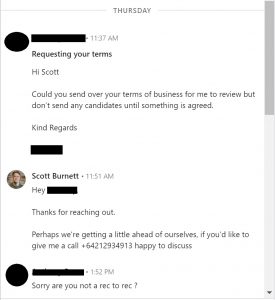 The meaning of ‘immediately available’ has changed considerably from when I first started in recruitment. Scott of yesteryear would’ve heard that and popped them on the to-do list to get to once I’ve finished writing this ad. Now, I spring into action with JD’s and scheduling queries before the candidate has even finished saying “I can start ASA…” This perhaps comes from instances of other recruiters beating me to the punch that still keeps me up at night. That’s the crux of it really, the longer you spend in recruitment the more mistakes you rack up but it’s the learning from those mistakes that make a career recruiter.

It’s the English in me that loves to moan but in reality, I love what I do; recruitment and rec to rec. Coming from an island that is only nine miles by five I’ve had to manage relationships with various stakeholders from the jump, a decline of a relationship resulting in a kicking as appose to the loss of revenue. I have my job to thank for my life, without the essential skills visa I wouldn’t be here. I met my soon to be wife working at Hays in the PWC tower in 2014. I’m able to go back home most years to see my family which is a direct result of earning commission. I’m extremely thankful and appreciative of an industry that has granted me with what is effectively a trade and one that utilizes the skill set I possessed; hardworking and chatty as. So, here’s to the next 6 years! And hopefully learning some new lessons and not just the same ones again.