Trying to define and then describe the internal culture of a recruitment company is always a nebulous activity. Not until you visit an office do you get a “feel” for what is really happening behind the scenes. And even after this client visit, we still describe what we see in a slightly superficial manner. “They wear t-shirts”, “The office is cool”, “There was a dog!!”. All things which can be positioned By a savvy recruitment leader to project an outward appearance of a recruitment firm at the vanguard of cool. It is only when a recruiter contacts us from said “cool firm” that we realise that the dog is the owners, the t-shirts are Fridays only, and the leadership style is akin to Pol Pot on a bad day. Looks can be, and often are, deceiving. From the other angle, businesses that are genuinely trying to change their culture are as superficial as our assessment. They may have a recruitment firm stuck in mid-90s partitioned hell, but will try to cram 30 years of cultural revolution into 3 months by hanging up a Banksy print and putting an office dog on the website with their own “bio” (groan).

Actually, one of the most overlooked and effective methods of understanding a recruitment firm’s culture is this: The commission plan. The commission plan is, to my mind, a better indicator of culture than any of the above. Likewise, if you want to change the culture of your business, change how you pay commission. Those that the new plan doesn’t suit will eventually leave, and those you want to attract will join. Simple. And to make this even simpler for business owners, here’s your handy guide on what each common plan could hope to achieve:

You want your staff to resent you slightly.

Pay quarterly commission. Over the space of a year, a Consultant will make slightly less working to a quarterly rather than monthly commission cycle. Most recruiters need instant gratification. That’s why all the ones from London snort cocaine. The bigger the distance between activity and payment, the bigger the resentment. Your cash flow will be better, but you’ll sell your staff less cocaine (if that’s your sideline).

You want your staff to resent each other.

Pay “team commission” based on some random discretionary target. This is perfect for business owners who want to recreate that scene from “Full Metal Jacket” when all the soldiers gang up on the fat kid in training and beat him up with bars of soap for continuously letting the platoon down. Just watch and marvel as your star players sob in rage and frustration as the office joker finishes early having only billed $12k for the quarter. 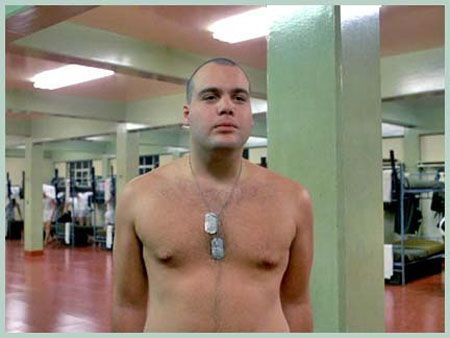 You want to encourage mediocrity.

Pay a flat but low percentage on whatever someone bills, with no threshold. To non-recruiters this makes perfect sense. It’s also easy to calculate should you have someone crap in accounts. And when you’re starting off in recruitment, it’s a hugely motivating scheme. The challenge arises when you’re doing $80k a month for $8k bonus, and your mate at a rival firm puts a big deposit down on a Beemer with similar billings.

You want your staff to hate you.

Use a “deficit” or “clawback” model. This essentially means that if a consultant doesn’t pass their threshold over a given time period, they have to retrospectively earn these past targets before any commission is paid. Essentially, a consultant can get so far behind that they never catch up. Motivation dies, as does their career in the firm. This is fantastic for business owners who like to sleep at night, irrelevant for decent billers who always achieve threshold, and dreadful for those who bill in peaks and troughs.

You want a toxic culture.

Use a “sliding scale” for all bonus payments. Essentially this means paying commission at a higher percentage rate the more a consultant bills – typically ending with 40/50% of all billings over a certain amount. This is the near opposite of the “flat percentage” approach. It discourages mediocrity and needs a decent accounts person. On the face of it, it makes a lot of sense. However, sit back and watch how your top performers become increasingly obsessive, selfish, and paranoid the higher up the scale they go. Knowing that one placement could be worth $8k in cash to them,  watch them steal candidates and clients from each other, until eventually punching each other in the car park.

You want to recruit recruiters who no one else wants.

Pay “commission only” with no salary. The 1967 movie “The Dirty Dozen” follows a rag-tag group of military convicts, released from a stockade to complete a suicide mission towards the end of the second world war. Men that no other units wanted. Men with shady backstories. Men on the very outskirts of society. Men, who if around today, would be working for commission-only recruitment firms.

You want no one to be happy.

Do the “standard”. This is setting a monthly threshold of around three-times monthly basic salary, and then paying a monthly commission of around 20-30% on everything billed above this. Your staff will tell you that the threshold is too high, or the percentage is too low, and your accountant will tell you that your cashflow is fucked and that you should pay commission quarterly. Neither you or your consultants will sleep at night.

So there you have it. Not much to choose from really?

Have a good weekend.